An overview of FIFA 23 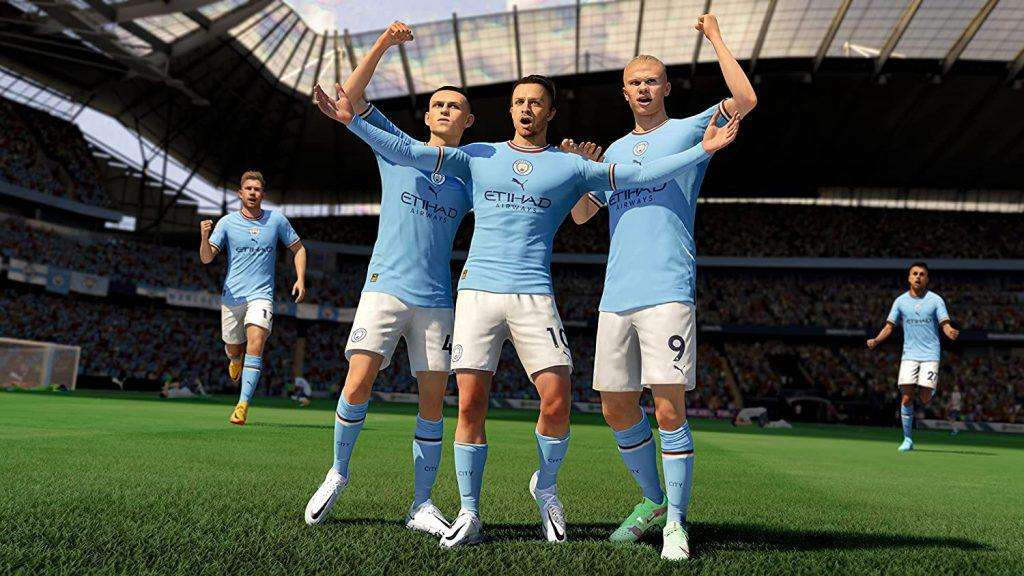 FIFA 23 has a great game of football, but all the other features are lacking

It’s the final game from EA Sports that carries the name of the iconic series, marking the end of an era for the series.

The FIFA series has been a part of my life since I unwrapped FIFA 2001 alongside my PS2. I wasn’t able to review the first outing on the PS5 until recently, and so I have spent hours playing that version every year since then.

The demise of this game does feel like the end of something familiar to me. Sure, we’ll get EA Sports FC next year and maybe another FIFA game from a different developer, but it’s sad to see this title go.

In light of FIFA 22’s disappointing outing, does FIFA 23 conclude quickly, or should it have already retired?

Despite some technical issues, FIFA 23’s gameplay is the best I’ve played in a long time.

Updated HyperMotion Engine, introduced last year, improves the motion of players, giving them a genuine feeling and movement. Animations are more varied than before, leading to a more realistic and authentic game play experience.

In addition, attackers clash and bounce off defenders more realistically than in previous years, as their limbs are less rigid. Players move much better, too, with better differentiation between wingers and centre-backs.

Although I didn’t like FIFA 22, this time I’m having a great time playing it. The pace is certainly slower, allowing you to focus on smart build-up play. By utilizing a technical player like Kevin De Bruyne, you’re more likely to be able to create an attack that feels like something you’d see live in a stadium.

Goalkeepers also move in a much more natural way now. They stick out their limbs in a variety of ways to deflect a ball, which adds to the realism even further. I have seen a few instances of bad keeping, with them moving out of the way of shots without any apparent reason.

There is also a new feature in the game called power shots. These are shots that can be exaggerated with a zoomed-in camera angle. You must time these shots precisely, but when you do you are most likely to score.

Club teams have been added to the previous selection of international teams this year, giving more focus to women’s football. Especially with high-profile players like Sam Kerr, there’s a distinct difference in how players feel. It’s a shame these teams aren’t available in Career Mode, however.

The presentation and graphics of FIFA 23

On the PS5, I’m playing FIFA 23 and it looks and sounds great. The pre-match music and chants from the crowd are accurate and you’d expect from FIFA games. When you attack from the King Power stadium as Leicester City, you’ll hear the spine-tingling chant ‘Vichai had a dream’ ringing around the stadium.

Many popular players are rendered with photo-realistic features. Jack Grealish’s hair flops about while he runs, and the cover stars, Kylian Mbappe of Paris Saint-Germain and Chelsea’s Sam Kerr, appear to be superbly sculpted.

On a wet day, players now leave visible marks on the turf after they slide into tackles, which adds another level of realism to what is already an immersive game experience. The detail in the team’s uniforms (even third-choice choices likely to be never worn) is fantastic as are the stadiums.

In addition, there is realism in how the stars move. For instance, you know Raheem Sterling as he hurtles into the box without seeing his name on his shirt. Likewise, you recognize Kylian Mbappe as he leaps into the box.

As soon as you leave the biggest teams and most popular players, the experience dwindles. In contrast, players who clearly haven’t undergone a face scan (such as Arsenal’s Smith Rowe) continue to look poor, and all players feel very similar to control when playing in lower-level teams.

The English-speaking commentary, provided once again by Derek Rae and former Arsenal, West Ham and Coventry players Stewart Robson, is mostly dull with little actual insight and a few interesting facts sprinkled throughout. A little bit of enthusiasm is also added to proceedings by Alex Scott.

It’s a nice touch to see Richmond FC, most of its players, and Ted Lasso himself added from Apple TV Plus. The faces and likenesses of the players look excellent, especially Lasso himself, Jamie Tartt, and Roy Kent. As far as I’m concerned, the players are a little overrated – Tartt seems like a good 85 striker (at least in season 2) at the start of the game, but it’s still nice.

There are several types of games

It baffles me that EA Sports makes so little effort on FIFA Career Mode, despite the success of the Football Manager series.

FIFA 23 may have a fresh coat of paint, but this mode gets tiresome after a few games because it lacks depth. First of all, there’s a broken transfer market, and it seems that the rating system for negotiation of a player’s fee actually means nothing.

The players are pretty much either grossly undervalued or sign with any club that can afford them. Fofana, who was worth 80 million, was resigned back to Leicester for 25 million, and Benjamin Sesko and Harvey Elliot, two of Europe’s hottest prospects, were both picked up for less than 10 million.

Each time you sign a contract, you get a grade and a score for how well it was negotiated. You will get an A grade if you bag him for below his asking price and haggle about his price – but apart from the flashy animation, these scores mean nothing.

There is, however, no voice acting and the Career Mode remains a very underwhelming experience despite the new manager option. You can, if you wish, manage West Ham using Ted Lasso, the star of Apple TV’s Ted Lasso.

As the game evolves, new cutscenes occur whenever a player is signed or sold. The only problem is, the cutscenes are all the same – sign ten players and sell another ten and you’ll want to switch games.

This year and in 2023, both the men’s and women’s World Cups will be covered by the add-on, which is a very consumer-friendly move.

There are two modes available today, one for the men’s World Cup, the other for the women’s, both of which have some neat new features, including the qualifying teams’ newest kits, cutscenes, and commentary.

With FUT upgrades, there is also now the chance to play live matches during the tournament as the matches are being played. Enjoy the tournament matches, whether they are group stage ties or finals.

The mode is fairly extensive, at least when compared to others that are free DLC, but it feels a little shallow in some areas. There have only been two stadiums recreated, and the additional cutscenes don’t offer much atmosphere.

Many people will buy this game and never leave it. That’s fine, and I can see how people like card games like Ultimate Team. This year, the chemistry system has been reworked slightly, making it less restrictive. As an example, you don’t have to keep all your high-chemistry teammates next to each other to reap the rewards, so you can spend more time with your starters.

Although the mode still focuses on requiring you to purchase card packs to compete, this still turns me away from it. In addition, I dislike how Ultimate Team has once again taken away from other modes, and I don’t see this changing next year since Ultimate Team makes so much money.

Is the FIFA 23 worth purchasing?

This will not disappoint players who did not enjoy the previous version. There are enough improvements on the pitch for it to be a worthwhile purchase, especially for those who weren’t fans of it previously.

There’s no doubt that Career Mode is the portion of the game you’ll spend the most time in: From the awkward transfer system to the repetitive cutscenes to the pointless progression, Career Mode is in need of a complete overhaul.

The final entry in one of the most iconic games of all time is a modest release. EA Sports seems to be saving the big advances for the upcoming EA Sports FC replacement, so FIFA 23 betrays no new innovations.

Although the gameplay on the pitch is excellent – better than FIFA 22 in virtually all aspects – animations are smooth and varied, action moves more freely, and player types have more variety. But everything else feels rushed.

Its career mode is awful and Ultimate Team is a cash grab that’s only really accessible to those willing to spend a good deal of money on it. The commentary is also awful. And the focus on the women’s game is good, but it’s too small.